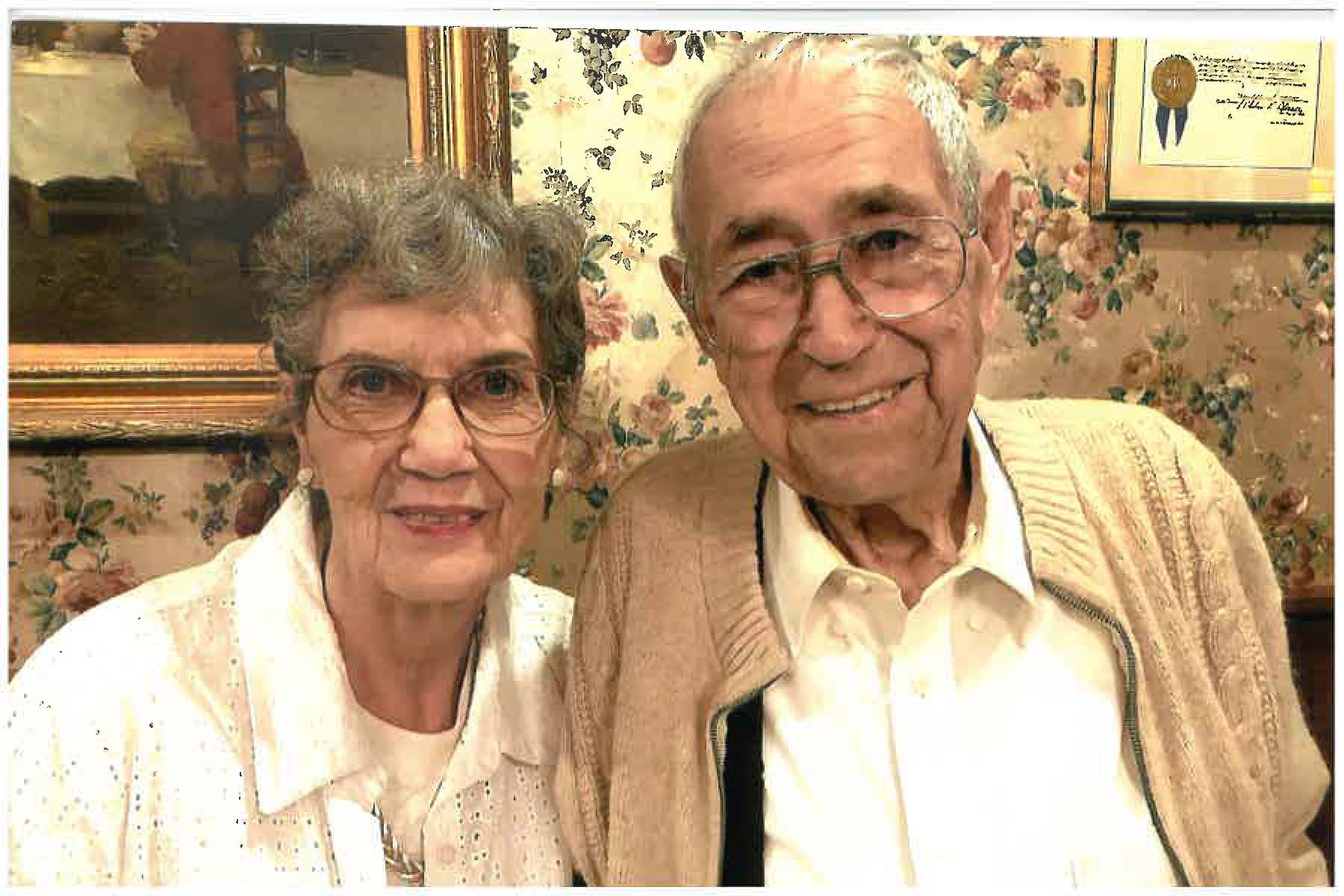 Movies and television have highlighted some great teams. Fred and Ginger on the dance floor. Rhett and Scarlett during the Civil War. Sam and Diane at Cheers. Martha and Kenneth Rogers are another great team. They recently celebrated 72 years of marriage with cake, balloons and cheers from their hospice care team.

Kenny remembers the first day he saw Martha at Monroe High school. “For some reason,” he says with a grin, “the teachers always seated me up front. When Martha came into our classroom, she walked to the back of the room – and I followed her.” He didn’t know how to dance, but he asked her to a dance anyway. “It was a double date and I was so excited I almost got us hit by a train. She taught me the two-step, and every time we danced by, all the guys on the football team would applaud.”

Martha was an excellent student and a cheerleader. Kenny says he was very fortunate to win her heart. Martha and her mother were working in a cannery when he decided to pop the question. It was summer and Kenny took his mom to the jewelers to help pick out a wedding ring set for $100. He planned his visit to the cannery around lunch time to propose. Everyone in the place went crazy, with whooping and cheers. The two exchanged their vows on August of 1946 in Newport, Kentucky, paying the minister $15 to perform the service.

Kenny was a machinist and Martha followed the lead of several other members of her family to become a teacher. She graduated from Wilmington College in elementary education. The young couple were very lucky, says Kenny – they both always had jobs. They lived at various times in Washington Courthouse, Eaton, Chillicothe and Miamisburg. Martha retired from Miamisburg Schools in 1988. She had almost a year to herself in retirement before Kenny joined her in 1989.

They enjoyed nine years on Lake Okeechobee in Florida where Kenny, a self-taught pianist, applied his keyboard skills in a band comprised of musicians from all over the country. When they decided it was time to return to Middletown, he continued playing piano with Middletown country musician and rockabilly artist Delbert Barker. After playing in Tennessee, Kentucky and all over Ohio, Kenny continued to perform regularly at the local Pizzeria before giving up his “piano man” role.

The Rogers raised two sons. Dick was born in July of 1947. He served on the USS Sellers with Navy, part of the Atlantic fleet. His parents visited him in South Carolina and toured the ship – at least Kenny did. “Women were not permitted below deck,” Martha explains, “so I only visited the upper level.” A heavy smoker, Dick died of lung cancer in 2010.

Son Joe was born on July 4, 1951, so he got the benefit of fireworks every year on his birthday. Joe was a machinist, like his father. He was also a motorcyclist, which led to his death following an accident in 2013. “We sure miss them both,” Kenny says.

Kenny and Martha continue to joke and tease each other regularly. Kenny can no longer drive due to macular degeneration. “She does the driving, but I have to lay out where we are going,” he laughs.

That’s the kind of teamwork they’ve enjoyed for 72 years. That’s an impressive record to hold.

Reflections on Being a Hospice and Palliative Care Nurse

As we celebrate Nurses Month throughout the month of May, we are recognizing nurses for…